Hello there foodie friends. My goodness, it’s been a while since I have been able to sit down and have a good session on the computer sorting out all my website paraphernalia and plans. Yesterday, though, was that day. I have a beautiful space from which to work, the sun is streaming in at the window, and I have a PC which almost instantly boots up and does what I want it to. There’s a lot to be said for a good quality, reliable computer. I’d previously been struggling with a laptop my husband bought me, which was meant to be decent, but took so long to load Windows, let alone the internet and anything else I wanted to open at the same time, that I had resorted to using his laptop instead, so that is now full of photos of food and recipes! Anyway, I’m all set up here to recommence regular posting, so here is the first of, hopefully, many.

I came up with this recipe shortly after we moved house. I hadn’t done anything blog wise for ages, and I was really feeling like eating a cake which didn’t overload on sweetness but provided a simple, comforting boost and which went perfectly with a cup of afternoon tea. This recipe certainly meets all those requirements, using a mixture of wholemeal and coconut flour and only a handful of other ingredients, including agave nectar. I hope you enjoy it as much as we did. It has a subtle, gentle sweetness and is just comforting and nice.

Grease and line the cake tin with baking paper, or use a silicone cake tin liner like the one in the photo.

Put the flours and baking powder in the mixing bowl and mix together.

Put the coconut oil and agave syrup in the stand mixer with the whisk attachment and mix well until thoroughly combined. Add the eggs and 200ml of the milk and whisk well again.

Remove the whisk, add the flours to the mixer bowl then affix the paddle attachment. Mix on a medium speed until the mixture has all come together, adding more of the milk if necessary. The mixture needs to be thick but workable.

Tip the mixture out into the tin and smooth out, then bake in the pre-heated oven for 30 minutes. 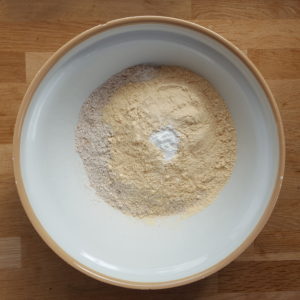 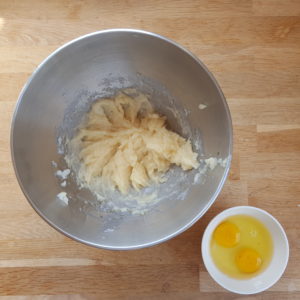 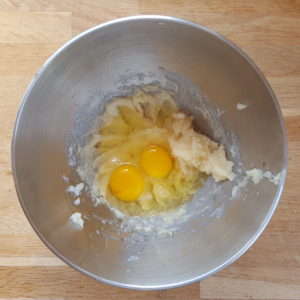 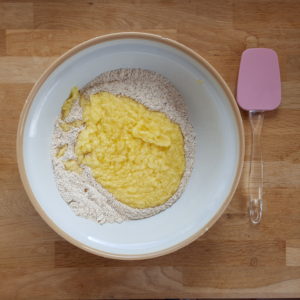 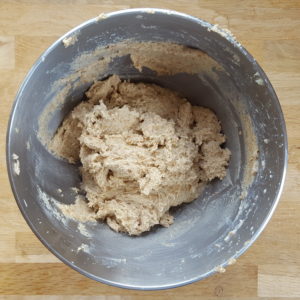 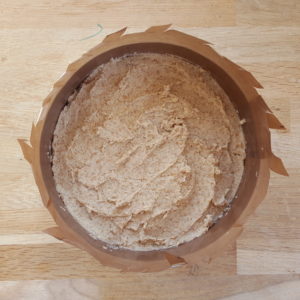 This cake is very pleasant to eat when still warm, so allow to cool in the tin for five minutes, and then on a cake rack for maybe ten minutes, but feel free to enjoy it after that, preferably with a lovely cup of tea or coffee. 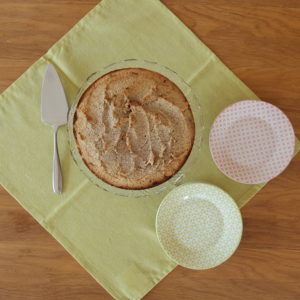 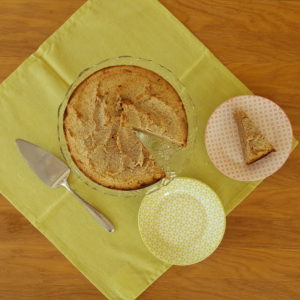 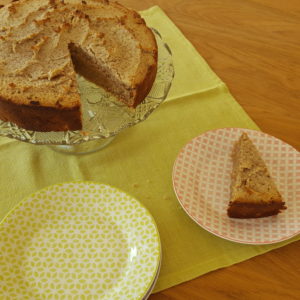 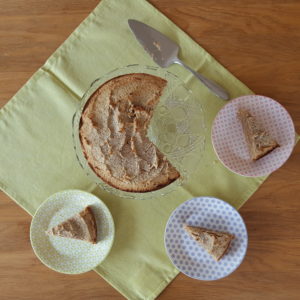 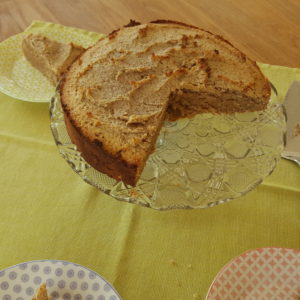 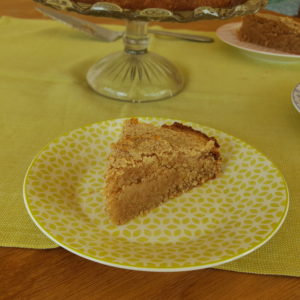 I hope the title of this recipe says it all for you. This cake satisfies a light craving for something sweet but not challenging on the body (unlike the chocolate Father Christmas I’ve been gobbling up this week… I can’t seem to put down the choc at the moment, even though I haven’t eaten much of it for the last few years!) and it’s also great to give your children as a sweet but gentle treat. In our old house we used to have Cake Day on a Friday, where I would bake a cake whilst the boys were at school and then we’d all enjoy it together at the table after I’d picked them up and husb arrived home (early on Fridays). I feel I need to reinstate this tradition.

Thank you so much for reading and sticking it out with me and Cooking for Sanity. I really hope to have some consistent content from now on.