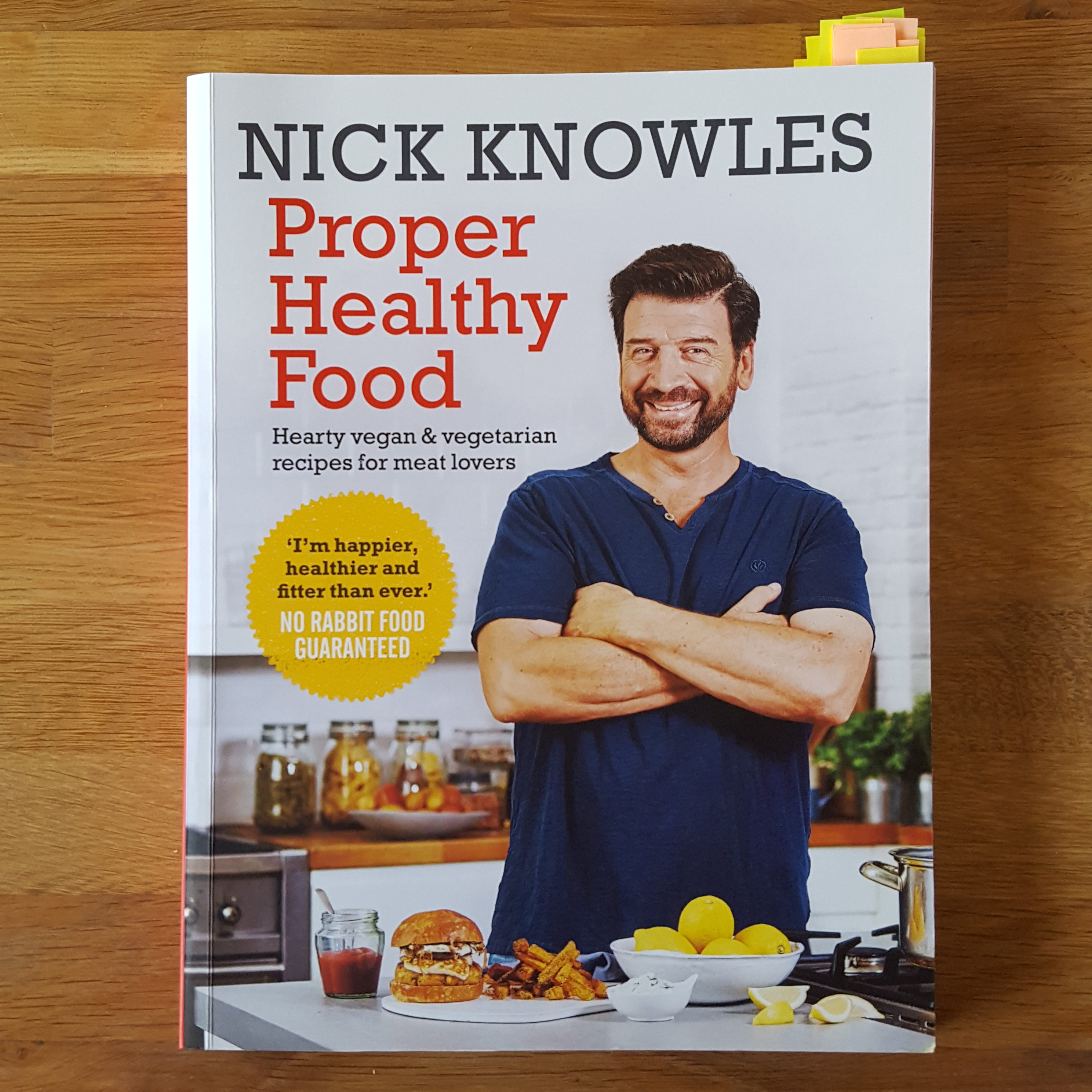 Hello everyone! I have a slightly different type of post today, in the form of a book review. I've been avoiding writing this, as I have so many recipes to blog that I haven't wanted to use the little time I have to write a review of someone else's recipes. I don't mean this in an unkind way by any means, rather that I have one afternoon a week in which I can write a post so I need to use that time carefully. But this book has been such a success in our household that I couldn't wait any longer to share with you my thoughts and experience of it.

I like to check the cookbook aisle in Tesco every couple of weeks to see what new delights there are, and occasionally make a purchase. OK, maybe more often than occasionally... But a good five or six weeks ago now, this book caught my eye. Not because I thought how fantastic it looked, but rather because Nick Knowles is a renowned DIY expert turned TV presenter, not because he is a renowned chef and vegetarian and vegan enthusiast. I will freely admit to you that I picked up the book scornfully. I was up to this point unaware of Knowles' struggle with the direction in which his lifestyle was taking him. He says in the introduction,

"I'd reached the point where things had to change. I had lost control of my weight, I was stressed, on the road a lot so I wasn't eating well, and I felt like my head was too full to think."

I thought, OK, but you're still a DIY TV show guy. That still doesn't explain why you've written a cookbook. I continued to flick through the book in an admittedly disparaging manner (sorry Nick), chuckling at the preambles to each recipe, imagining Knowles himself speaking, and thinking, really, "What are you on about?" However, as I got to the end, turned back to the beginning, flicked through a second time, returned the book to the shelf and continued my way around Tesco, I couldn't get the book out of my head. The recipes had me excited and interested: such a mixture of hearty and wholesome, light and substantial. But most importantly, many recipes which I thought my husband would absolutely love. So before making my way to the checkout, I surreptitiously returned to the book section and placed a copy of Proper Healthy Food in my trolley.

So here's where I begin to eat humble pie. As you'll see from the photo of the cover, this book is aimed at meat lovers who not only feel that a meal isn't a meal if it doesn't contain meat, but also that all meals not containing meat are "rabbit food". Clearly this is not me; I am not that  burly man. Or even that slight, gentle man who may also share this view. I am a woman who loves vegetables, who doesn't believe that meat needs to be the focus of a meal, or even to hold any place on the plate at all. I am neither vegetarian nor vegan, but can happily go for a couple of weeks without eating meat because I can clearly see that the proteins and other nourishment obtained through the eating of meat can be consumed in a much healthier way through eating vegetables, grains, pulses and all manner of other lovely foods. My husband, however, does not share this view. If I put a meal in front of him which doesn't contain meat and genuinely ask him if he likes it, he will immediately say, "meat", "where's the meat", or some other variation on the same theme. It was amusing at first. It has now ceased to be. So I also bought this book for him, as a sort of gift. I can confidently inform you that it has been the most successful gift!

So far I have cooked six recipes from Proper Healthy Food, and aside from one, which was a little bland, the other five were fantastic, flavoursome and really delicious. The recipes I've cooked are: 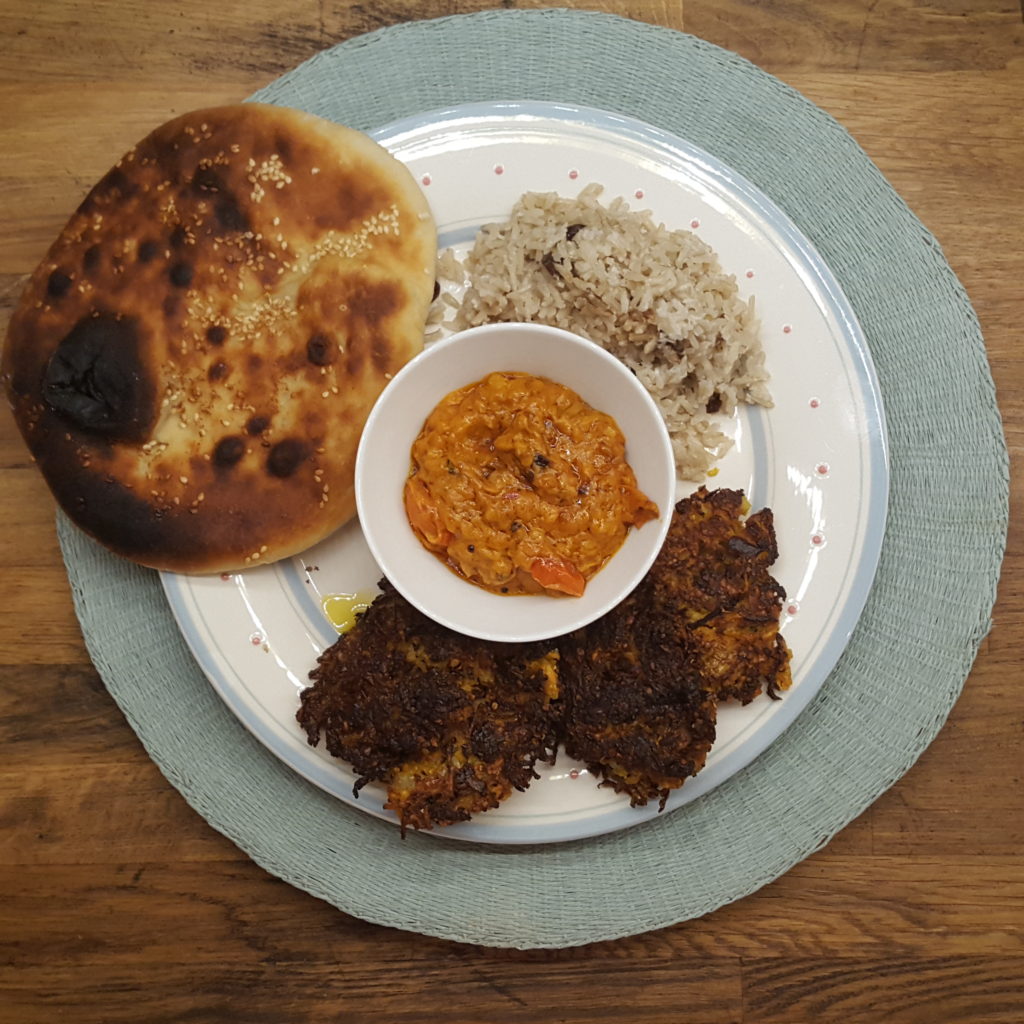 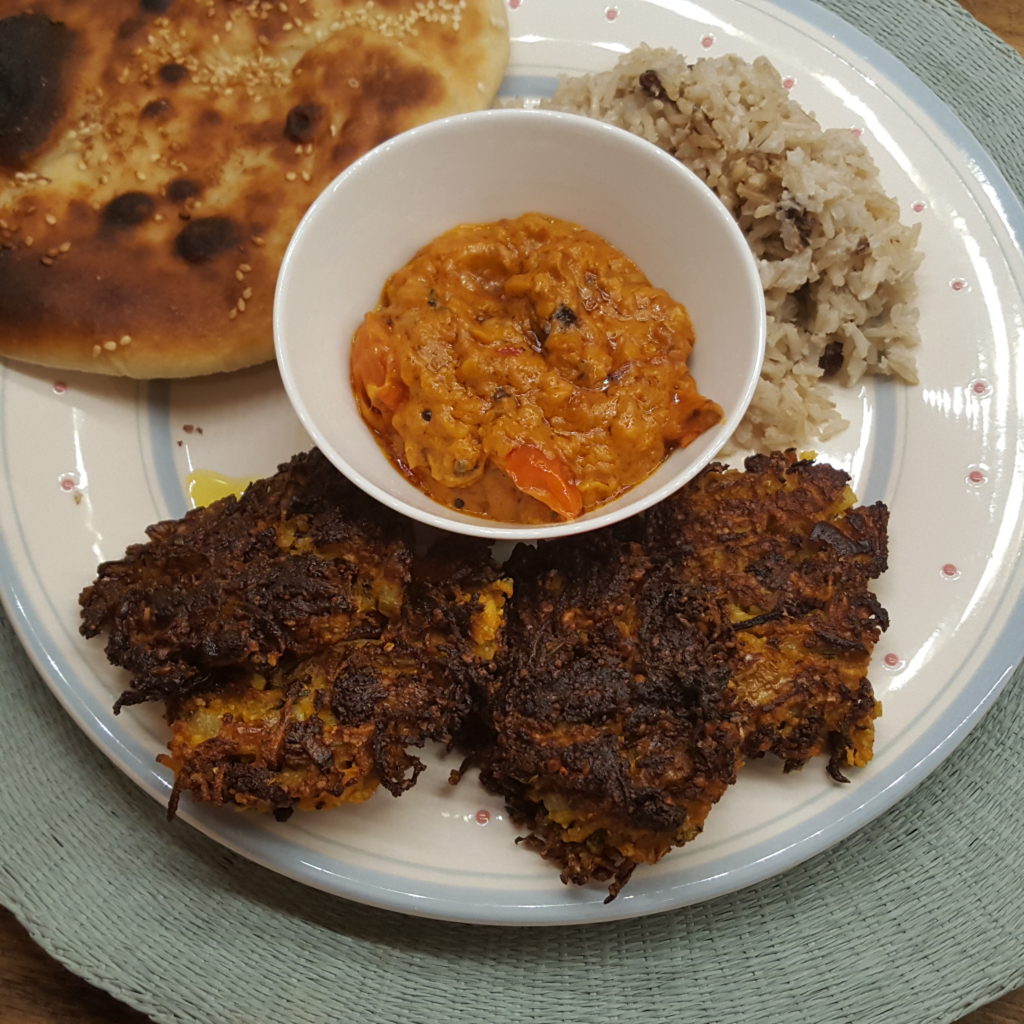 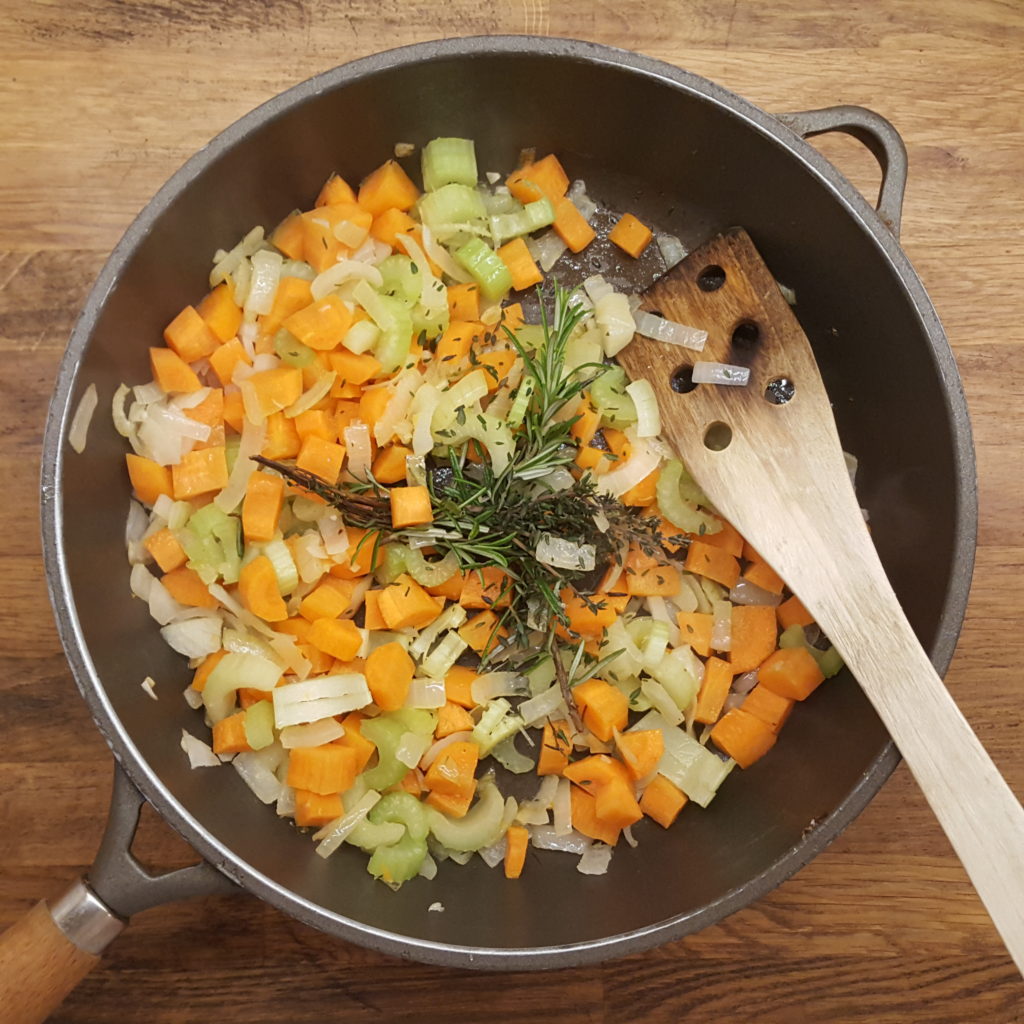 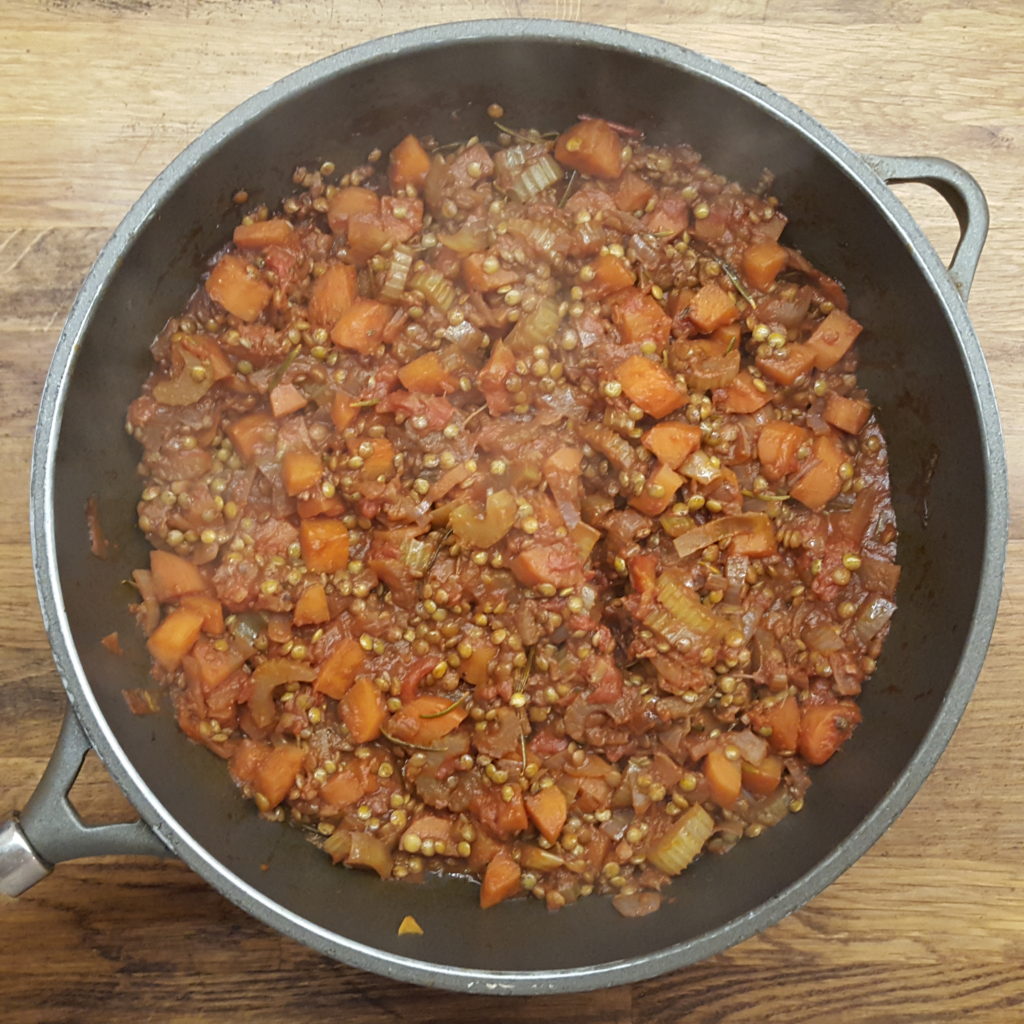 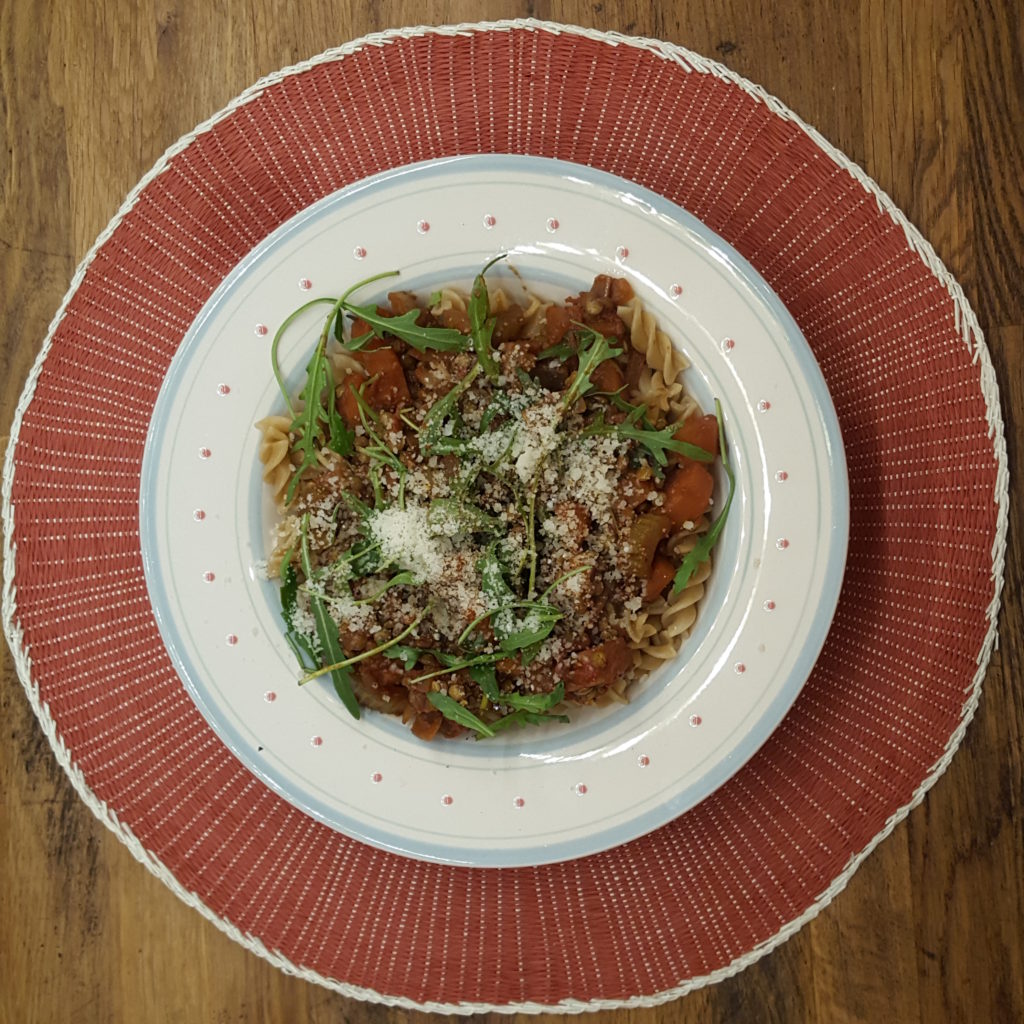 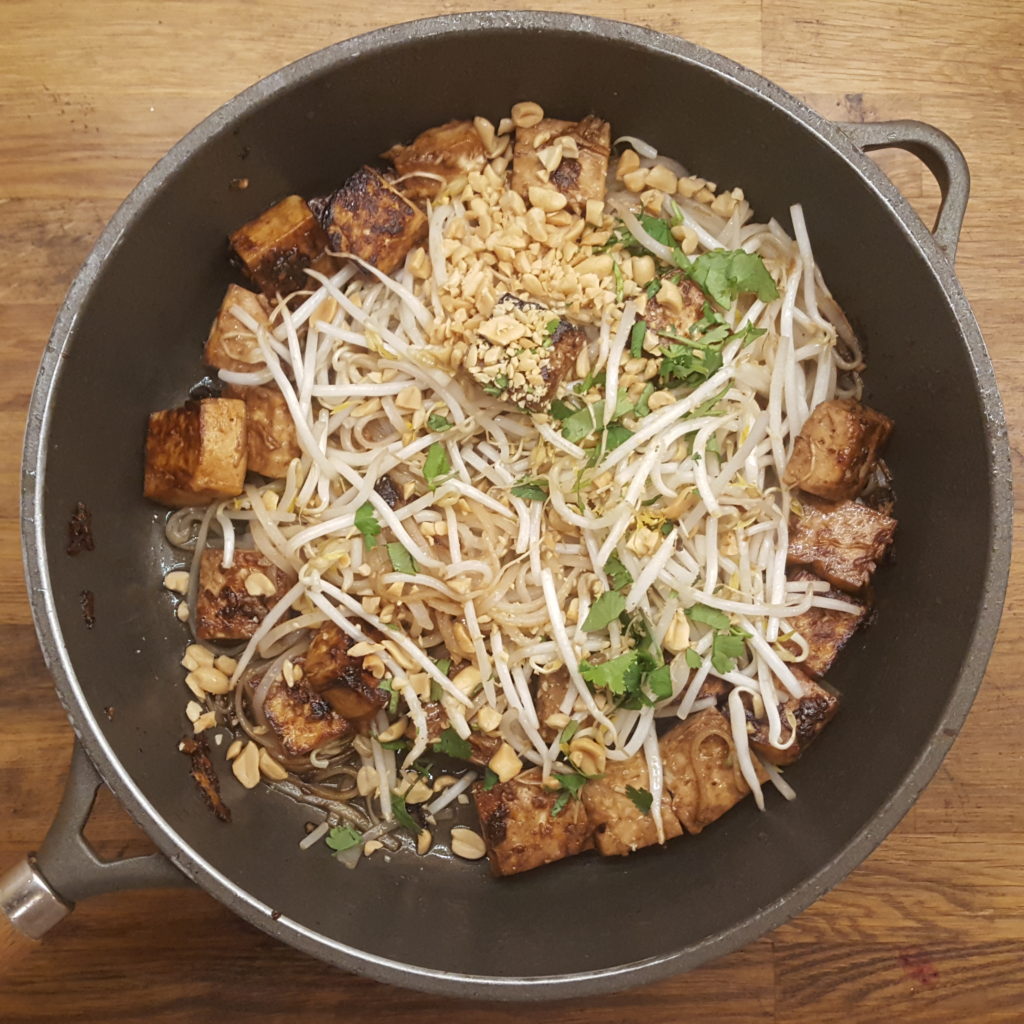 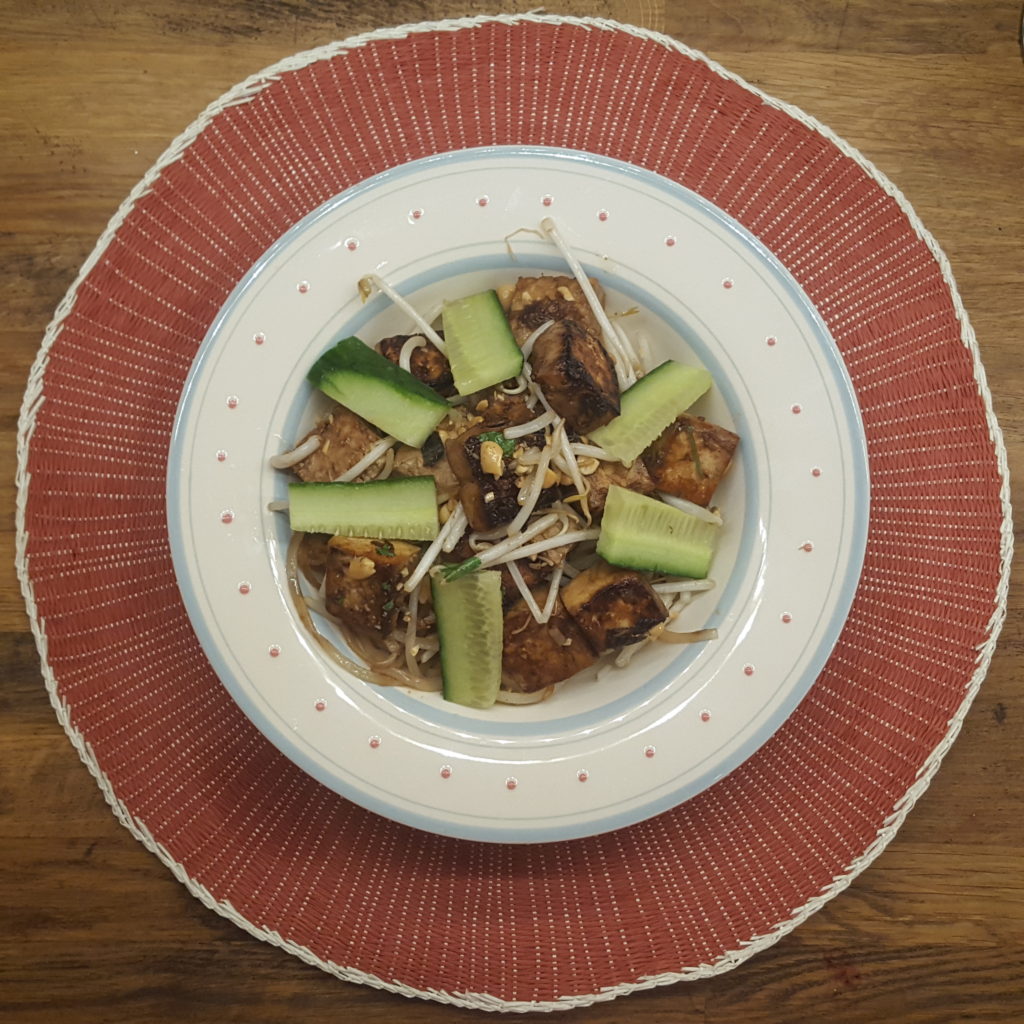 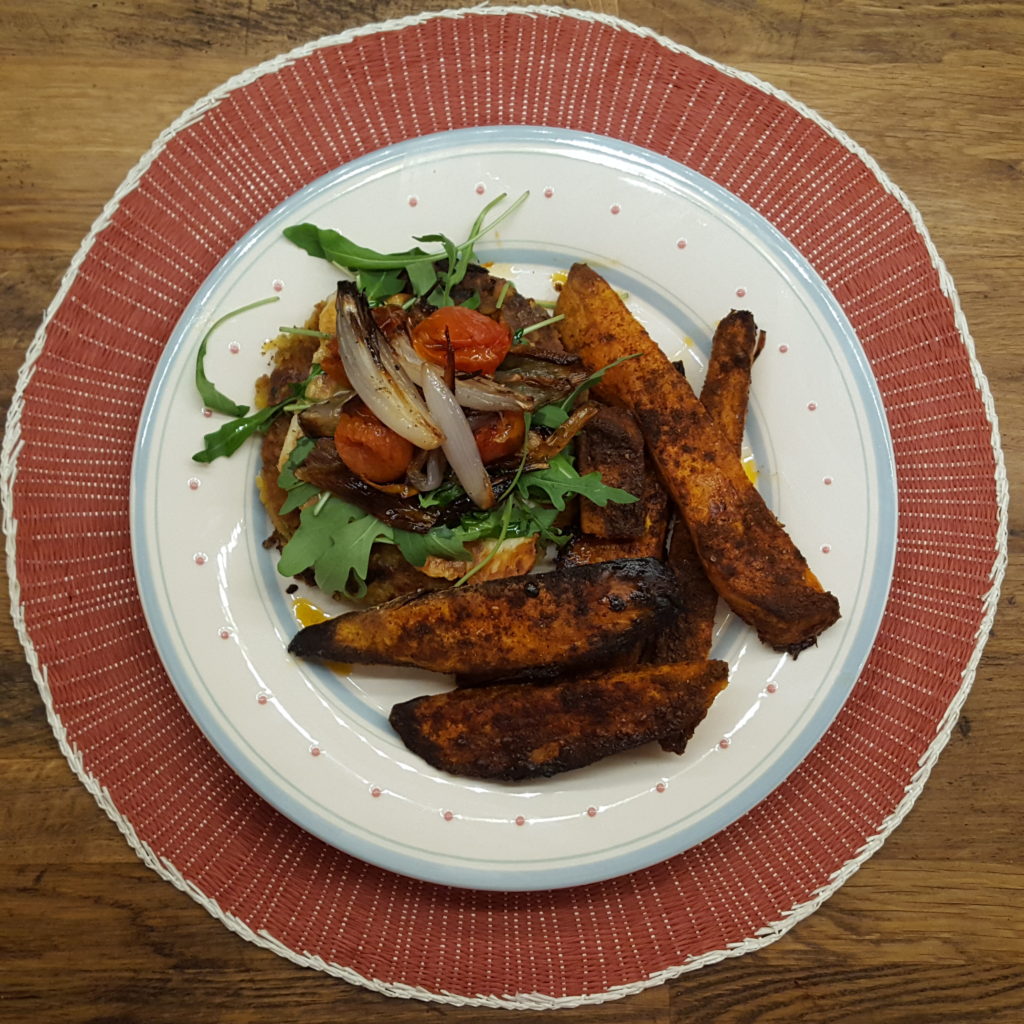 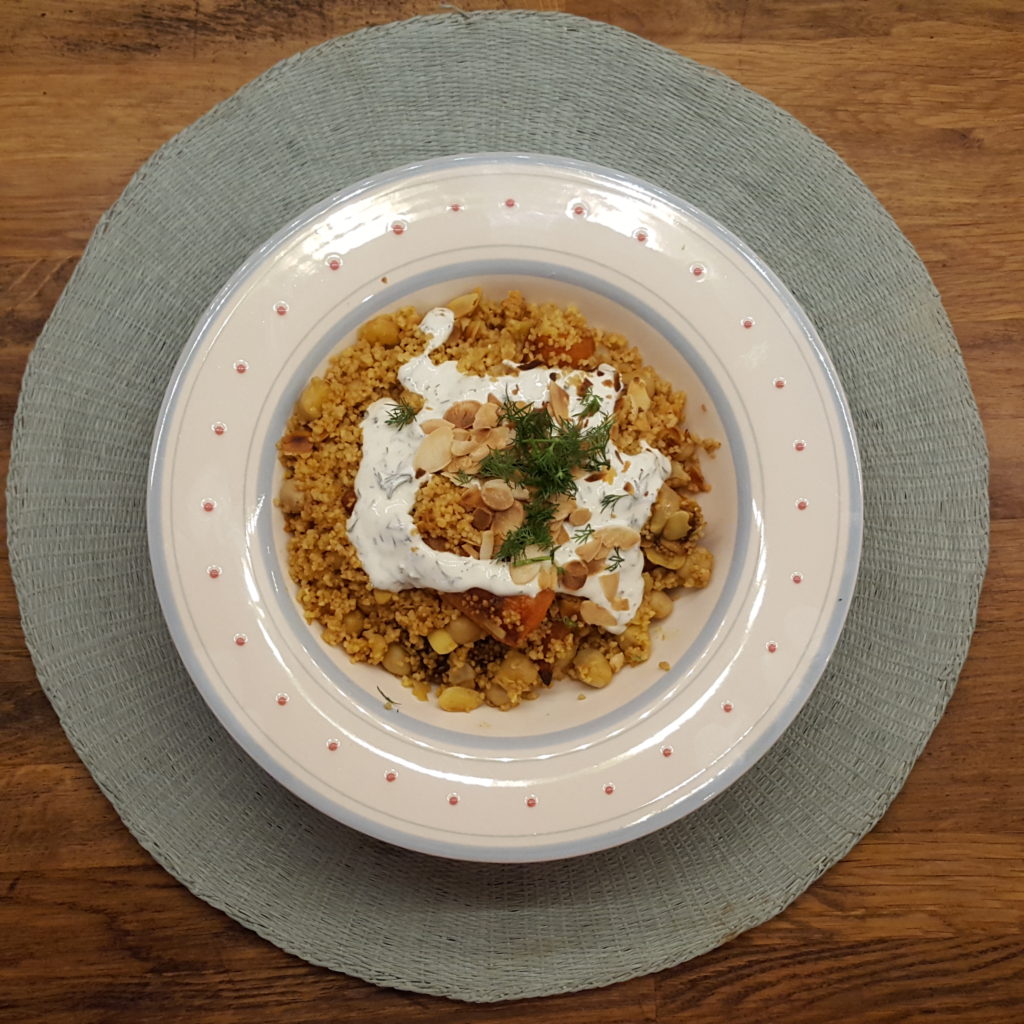 The cauli chowder was the one which didn't go down quite so well, but each and every other recipe was truly delicious. There are a couple of things I'd do differently, for example with the Tofu Pad Thai I would peel the cucumber into strips with a swivel peeler rather than just cutting it into sticks as the recipe says. I also didn't make Knowles' Smokey Sweet Potato Fries with the Halloumi Burger, I just made my own generic cinnamon and paprika roasted sweet potato wedges, however, this was more to do with time than not wanting to make Knowles' fries.

I really cannot finish this review without sharing some of Knowles' hilarious statements and sayings from the book. He did have me in hysterics, partly from incredulity and partly because the statements he makes are so stereotypically 'manly' as to be ridiculous! Here are some of my favourites.

"Gnocchi is Italian for stay at home under a duvet and eat comfort food. It's not actually, but it should be. Great dish." Gnocchi with Pomodoro Sauce

"See what we did there? We made a sandwich into a naanwich - oh, we've spent literally minutes coming up with this stuff!" Falafel and Roasted Red Pepper Naanwich

"Ok, now I've put a risotto in because people like to know how to make risotto, but can I just say to all restaurant owners, the last thing a veggie or vegan diner wants to hear when they ask what's on the menu for them is, 'we have a lovely risotto'. Bear in mind that there are 100 recipes in this book and all you get offered is a risotto. So here's my risotto." Italian Tomato Barley Risotto

Oh, there are so many more little nuggets of hilarity (!) in the book, but really, it's worth buying on account of the fantastic recipes. My husband was absolutely taken aback at how much he enjoyed everything I cooked from this book. So if you have an awkward man (or woman) who cannot see beyond eating meat at every meal, I absolutely recommend this book to you. In fact, I recommend it to anyone. There are some great hearty recipes in here, some interesting ingredients and a dose of Knowles' ironic humour to keep you going. But seriously, I think what Knowles has done here is excellent. As I said, this book is not aimed at me, but for the group for whom it is aimed, it does the job perfectly. The book opens almost immediately with a photo of a group of what I would call 'men's men' sitting around a table, apparently having a great laugh and enjoying lots of 'proper healthy food'. And for those who are struggling with the perception that men need to be a certain way and to eat certain types of food in order to fulfil the requirements of living up to the manly ideal, this book can only be a good thing. Knowles is surely an example to whom a group of men for whom this is a struggle will look up with resigned admiration, read his story and think, "Yes, perhaps I can do this too". The health benefits Knowles has derived from changing his diet and lifestyle have been staggering, and really, it's fantastic that he has seen fit, and recognised his potential to become a positive role model in this regard, and had seized the opportunity. Good on you, Nick!

And just to show you how enthusiastic I am about this book's recpes, here are the recipes I've earmarked to make... 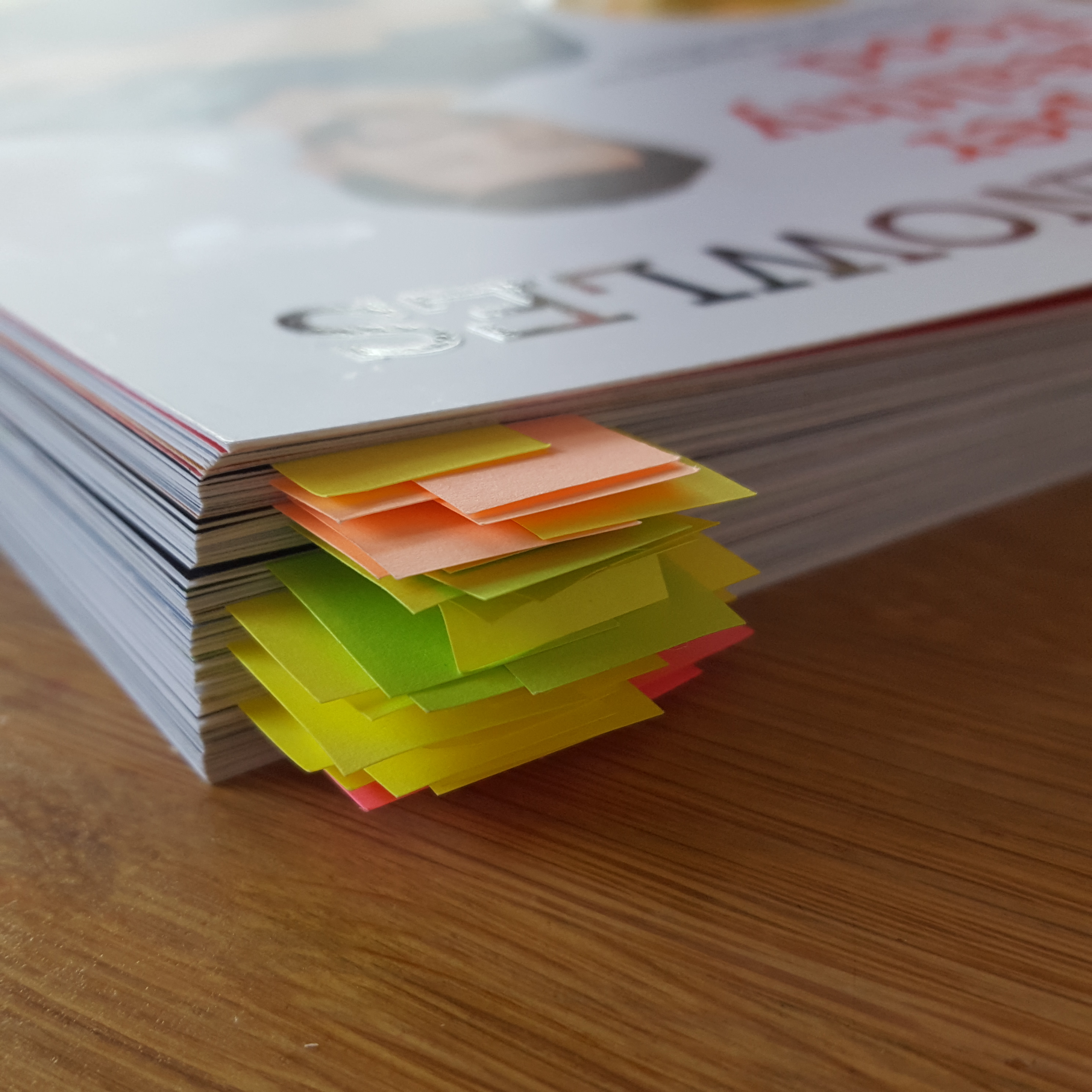 Thanks for reading and I hope you found this review helpful.